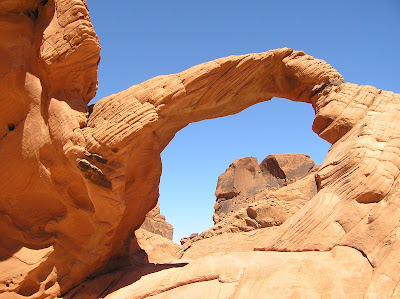 Arch Rock, Valley of Fire
Valley of Fire is Nevada's oldest and largest state park located in Overton, 55 miles NE of Las Vegas off Interstate 15.  The park, dedicated in 1935, derives its name from the beautiful red sandstone rock of the Mojave Desert.  The lovely formations in this park were created by shifting sand dunes.  Uplifting, faulting, and extensive erosion have created the landscape of today. 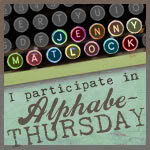 This is a fun weekly meme, under the direction of Jenny Matlock.  However, this week, Mrs. Matlock's younger, more fashionable, but crabbier sister is in charge!    Come and join HERE.  Here is Jenny Matlock's submission, A is for Acupuncture.
This week, we honor the letter"A."  If you click on the link above, you will discover so many creative takes on this letter.  Now go visit!
Continuing with the Valley of Fire, here are a couple more photos: 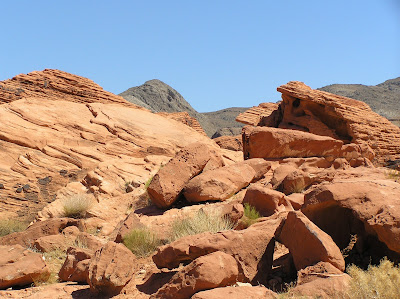 The red rocks often appear to be on fire when reflecting the sun's rays.  The sandstone formations are made of sand grains that are almost pure silica.  The "red" color occurs when quantities of iron are present, producing a rust like stain. 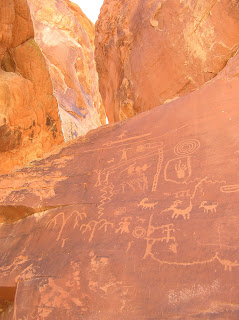 petroglyphs:  rock art made by carving into the surface of the stone.  These were probably made by the Anasazi farmers from the nearby fertile Maopa Valley, somewhere between 300 BC and 1150 AD.
LINK  to a past post on Valley of Fire which has a couple links for more information on this beautiful park.

I am also linking up with Gemma's Weekend Nature.