Yesterday, I showed some scenes from a trip to Knoxville, Tennessee.  I posted a photo of the Tennessee Woman Suffrage Memorial, stating that it needed its own post. 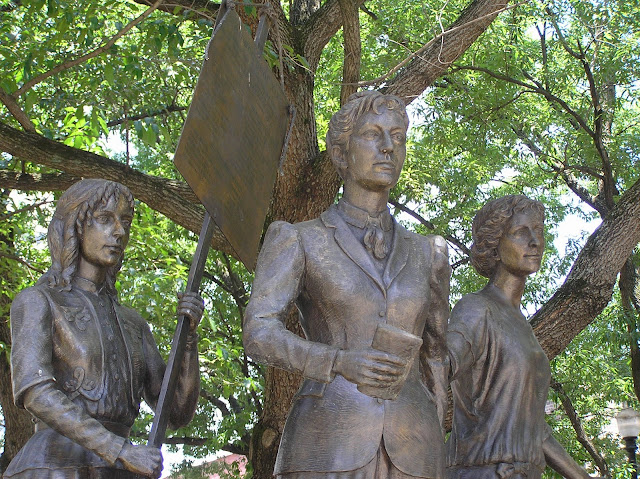 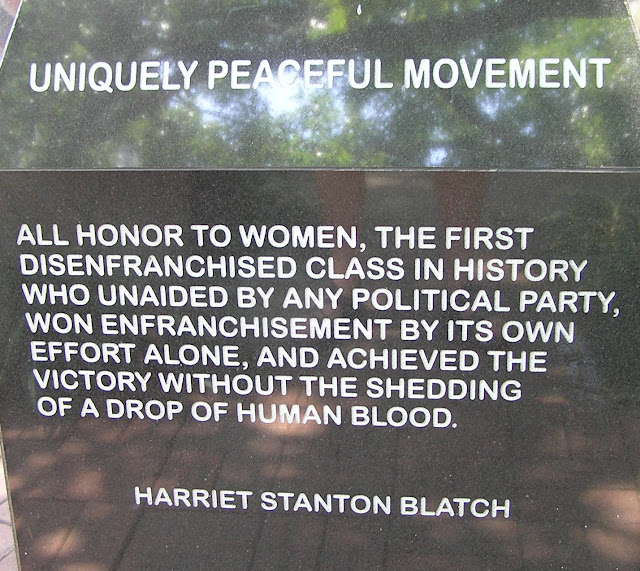 Elizabeth Avery Merriwether (1864-1916)
■  held the first Tennessee public meeting in1876 to discuss women's rights
■  delegate to the National Suffrage Convention in 1879
published her own newspaper, The Tablet
■  inspired by the news of Susan B. Anthony's attempted 1872 vote, Elizabeth Avery Merriwether dared to vote in the 1876 Presidential election and reported:
"...when I tested the matter I was allowed to cast my ballot.  Whether it was counted I cannot say.  But counting my ballot was not important; what was important was to focus public attention to the monstrous injustice of including educated women with felons and lunatics as persons denied the right of suffrage."

■  President, Tennesse Equal Suffrage Association
■  Founder, Knoxville Equal Suffrage Association
■  In response to the argument that women should not vote because they could not serve in the army:
"Bullets and ballots are not companions; but ballots in the hands of people are supposed to be a substitute for bullets in the hands of hired agents...Thanks be to God that in giving woman the crown of motherhood he made her the giver not the taker of life.  Woman has no greater claim to the rights of the ballot than that she is the producer not a destroyer of life."

■  President, Tennesse Equal Suffrage Association
■  First President, National Equal Suffrage League
■  prominent statewide leader
■  in her words:
"We have a vision, a vision of a time when a woman's home will be the whole wide world, her children all those whose feet are bare, and her sisters all who need a helping hand:  a vision of a new knighthood, a new chivalry, when men will fight not only for women but for the rights of women." 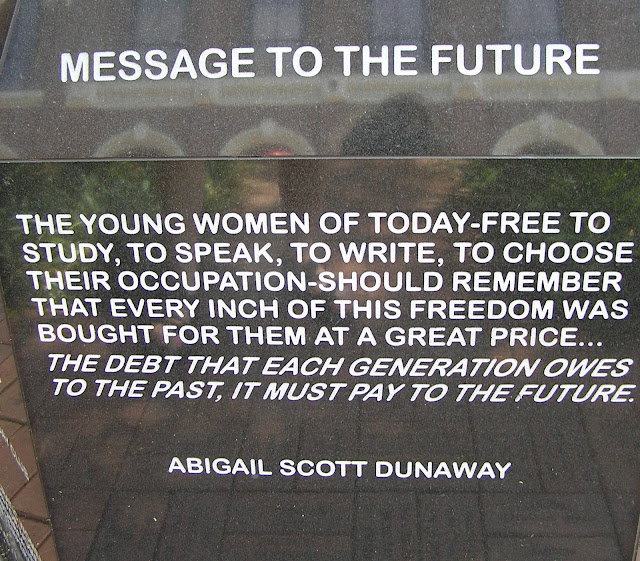 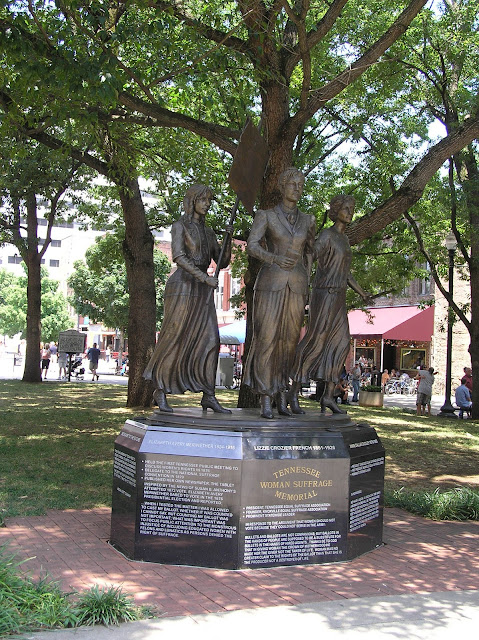