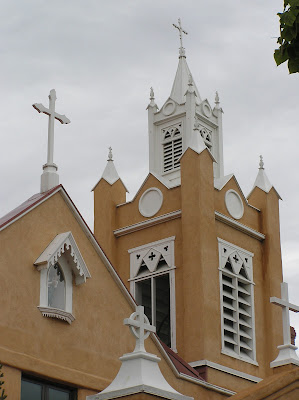 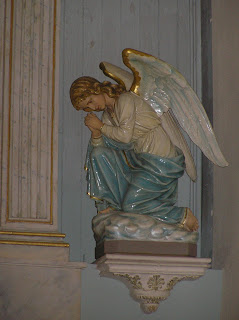 Construction of the original church was begun in 1706.  The church collapsed in 1792 during heavy rains, and new construction was begun the following year.  The two towers (one of which you can see above on the right) were built in 1861.  Today, it is the oldest surviving building in the city of Albuquerque, New Mexico, USA. 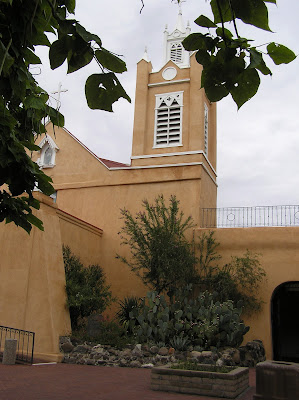 During the Civil War, in 1862, the confederate soldiers who had invaded New Mexico territory retreated back to Texas.  Subsequently, the Union Army leased the rectory for several years.


My last post was a close up of the fence in the above photo. 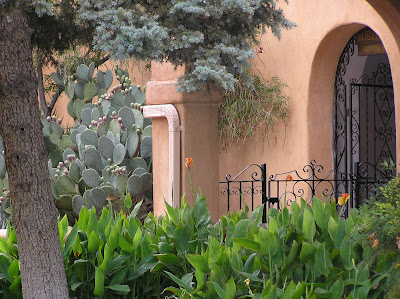 San Felipe de Neri Church is on the National and State Registers of Historic Places. 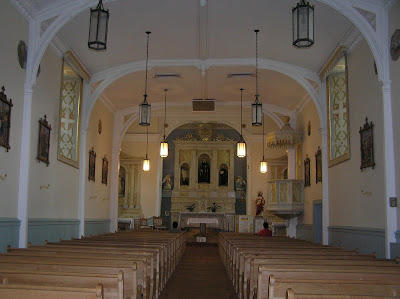 LINKS:
History  of the church
interesting facts and short history of Albuquerque, NM
NOTE:  The church is built in the shape of a cross.  Its wall are adobe and are 5' thick.
photos by me © 2007
Posted by Splendid Little Stars at 10:08 AM