Give Wildlife a Brake

About 1 million animals are killed and/or maimed on roadways EACH DAY in the United States. "Give Wildlife a Brake" is a roadkill reduction campaign.
In the Fall,  many animals are on the move in preparation for the winter.  Animals are scoping out hibernation sites, locating and storing food for the cold weather to come, mating.
"Give Wildlife a Brake" reminds drivers to slow down and be aware of wildlife activity as the days get shorter and the end of daylight saving time approaches. 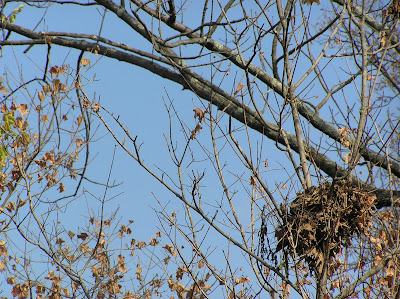 Tips to reduce the likelihood of an accident:
→Where there is one deer, there are usually others. If you see an animal crossing the road, slow down and remain alert for more.  Be aware of deer crossing pathways on roads you frequently travel.
→Be particularly alert for wildlife on roads at dawn and at dusk.
→Most animal-vehicle collisions occur on two-lane roads bordered by natural habitat. Be especially cautious in these areas.
→Do not throw trash out of car windows.  Trash attracts wildlife to the roads and leads to an increase in collisions.
→Ride a bike!

An interesting fact:  According to the Centers for Disease Control and Prevention in Atlanta, in  2001 and 2002, more than 26,600 people were treated annually in emergency rooms nationwide after the vehicle they were in hit an animal or swerved to avoid a creature. (Incidentally, nearly 85% of those human injuries involved large animals such as deer and bear.) Perhaps not surprisingly, the CDC reported, the highest injury rate among drivers who hit or tried to avoid a large animal occurred in the 15- to 24-year-old age group.
LINKS:article by Susan Hagood, wildlife issues specialist, US Humane Society--includes list of items to carry with you to aid in  rescuing injured animals
FREE bumper sticker

This post is for the esty bloggers' street team carnival which is hosted by Deb of Storybeader and will be posted on her BLOG on Monday, November 8.  Deb gave us two topics to choose from.  I chose this →
"Give Wildlife a Brake" week. How are you celebrating?
I am celebrating by writing this and by slowing down and being more alert, AND by enjoying watching the live of these creatures!